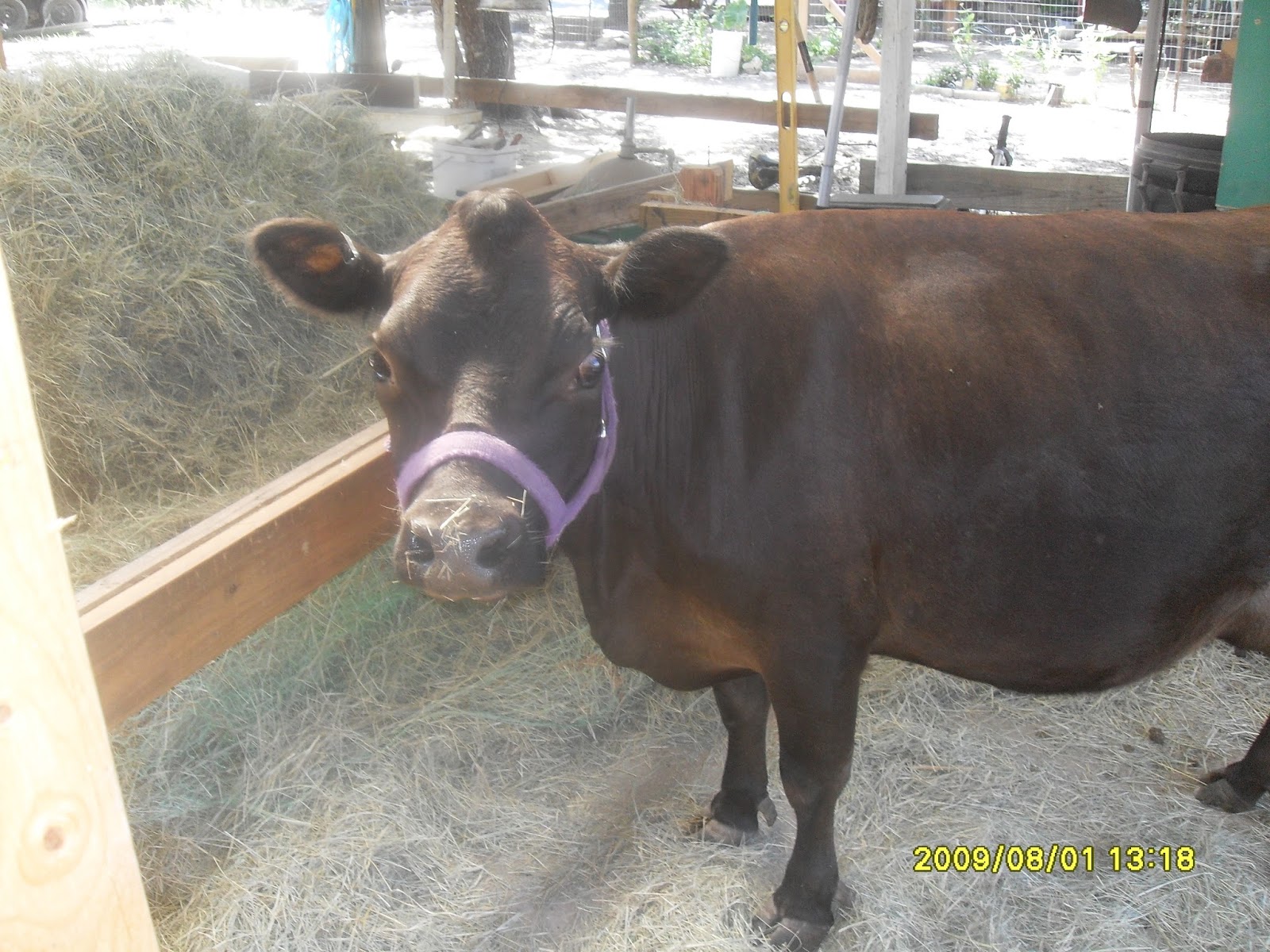 The other day something remarkable happened.

Every morning my routine goes something like this,
I feed the cows a bit of hay, feed the rabbit, the chickens and the dogs.
Then I go inside to get a spot of coffee for myself and to check my emails.

About 30 minutes later I go back down to give the cows yet more hay.  At that time I call Mattie, and she walks out the gate and up to her stanchion for milking..
Well, last Saturday morning, I went down to give the cows their second breakfast, called Mattie, held the gate open...waited, and  then things went differently.

Mattie walked over to me, looked into my eyes and deliberately turned around and walked away, I said "hey Mattie, get over here, you know the drill" and I followed her... she stopped, turned around and looked at me again and started walking away from me.

By this time I was sort of angry with her, because she obviously heard me and saw me and was just being naughty. I said" what is wrong with you!" and she just walked on, then I noticed a brown spot out in the meadow by the fence line.

Mattie walked to the spot, stopped, turned and looked at me. Then I realized what it was...a deer.

A doe was caught by one leg in the fence and she was frantically trying to free herself, to no avail. It looked like her leg was already out of socket...
I ran up to the house and got Jerry, who came down to the meadow with big wire cutters.

Mattie was still standing  calmly by the deer until she saw Jerry. Then she walked to the gate,  ambled up the hill and went into her stanchion and waited to be milked.

Jerry cut the deer free and she limped off....

I was amazed.... Mattie saved the deer, I believe it would have died there, in the hot sun a miserable death if she had not shown us the problem.

I know some people will say she was just walking in that direction.. with no intent at all.
I know what happened... she's one amazing cow.