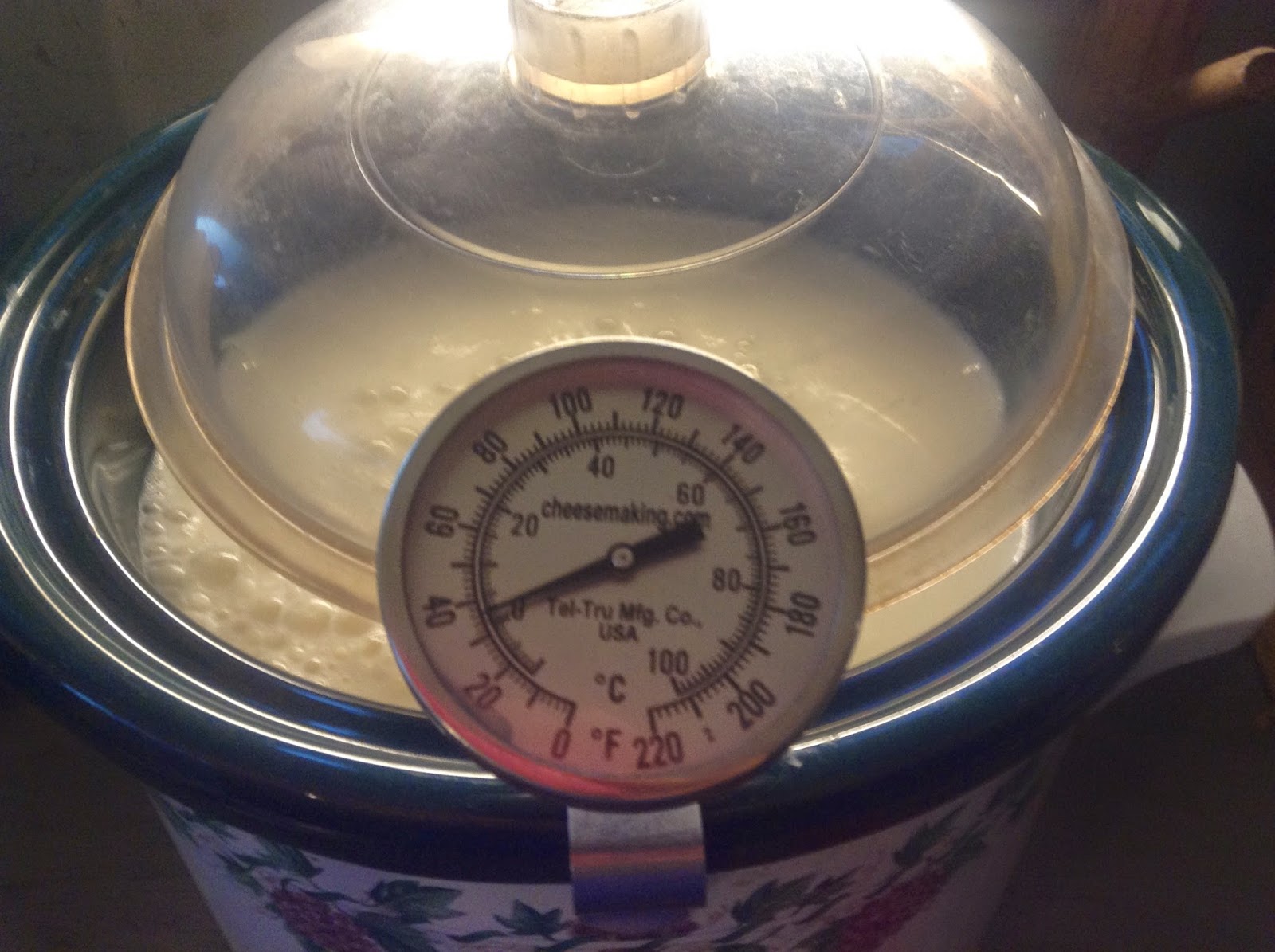 One of the things I love to make, that honestly has
the store bought type beat is Greek Yogurt.

I used to make yogurt in a little machine and I would end up with about a quart of yogurt which
would last around a day.

Although it's very easy to make it takes awhile so if I'm going to make it at all I might as well make enough to last at least a few days!

First thing gather your supplies...
Milk, a crock pot, starter yogurt ( I like Fage, because it's pure) a thermometer, and a spoon to stir while the milk is heating.
You'll also need a large towel or something to wrap your crock pot in to keep the temperature stable.

Ok, so first I pour my milk into the crock pot and turn the darn thing to high. I use my cheesemaking thermometer to watch the temp.You need to stir every once in a while the milk is heating.. 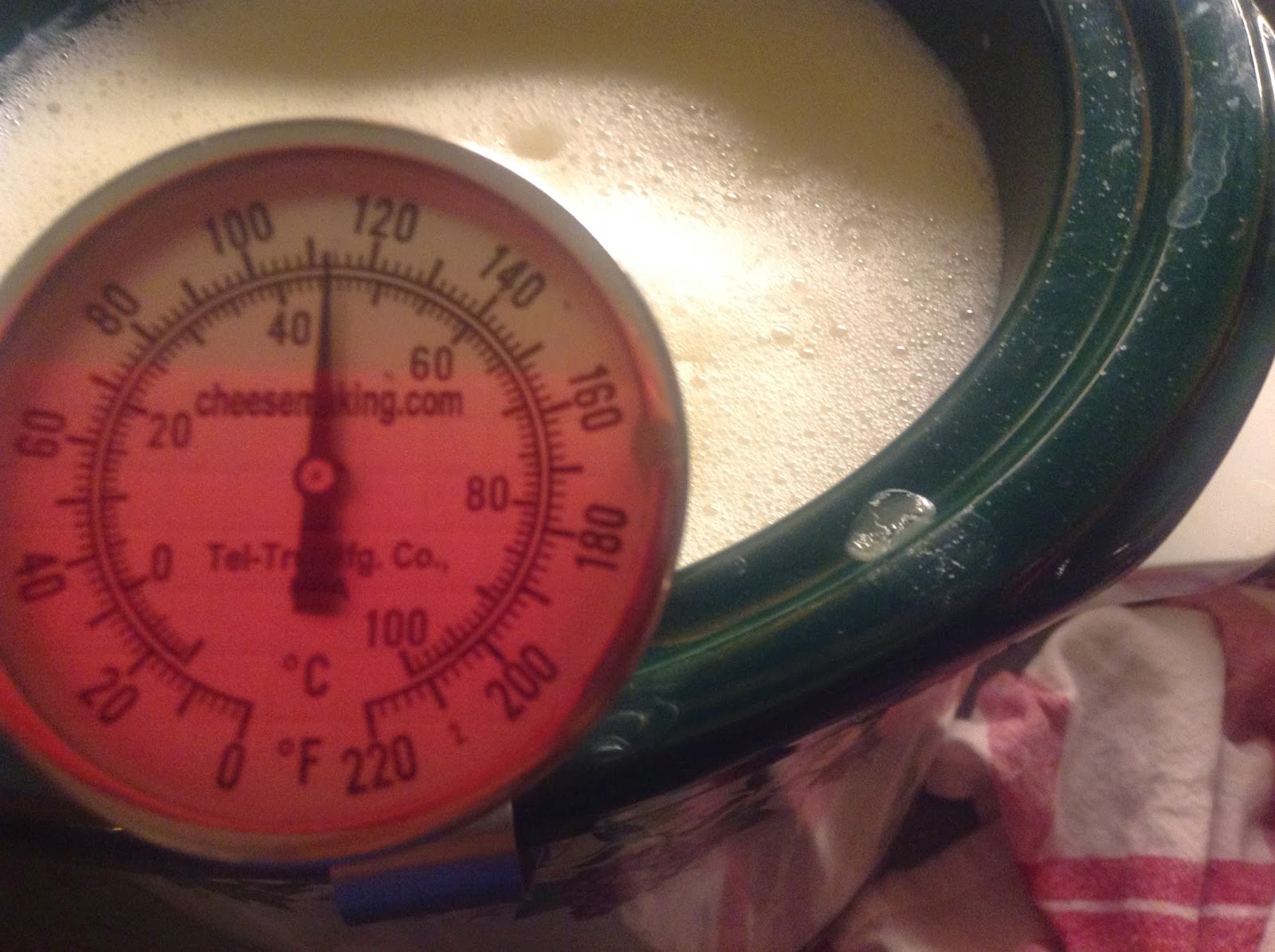 Here's the stupid part at least to me.. after the milk gets to temp, you start to cool it down to 110 (turn the crock pot off) degrees. I guess the point of heating the milk is to kill competing bacteria, so when the yogurt culture is added there is no competition to it's growth. 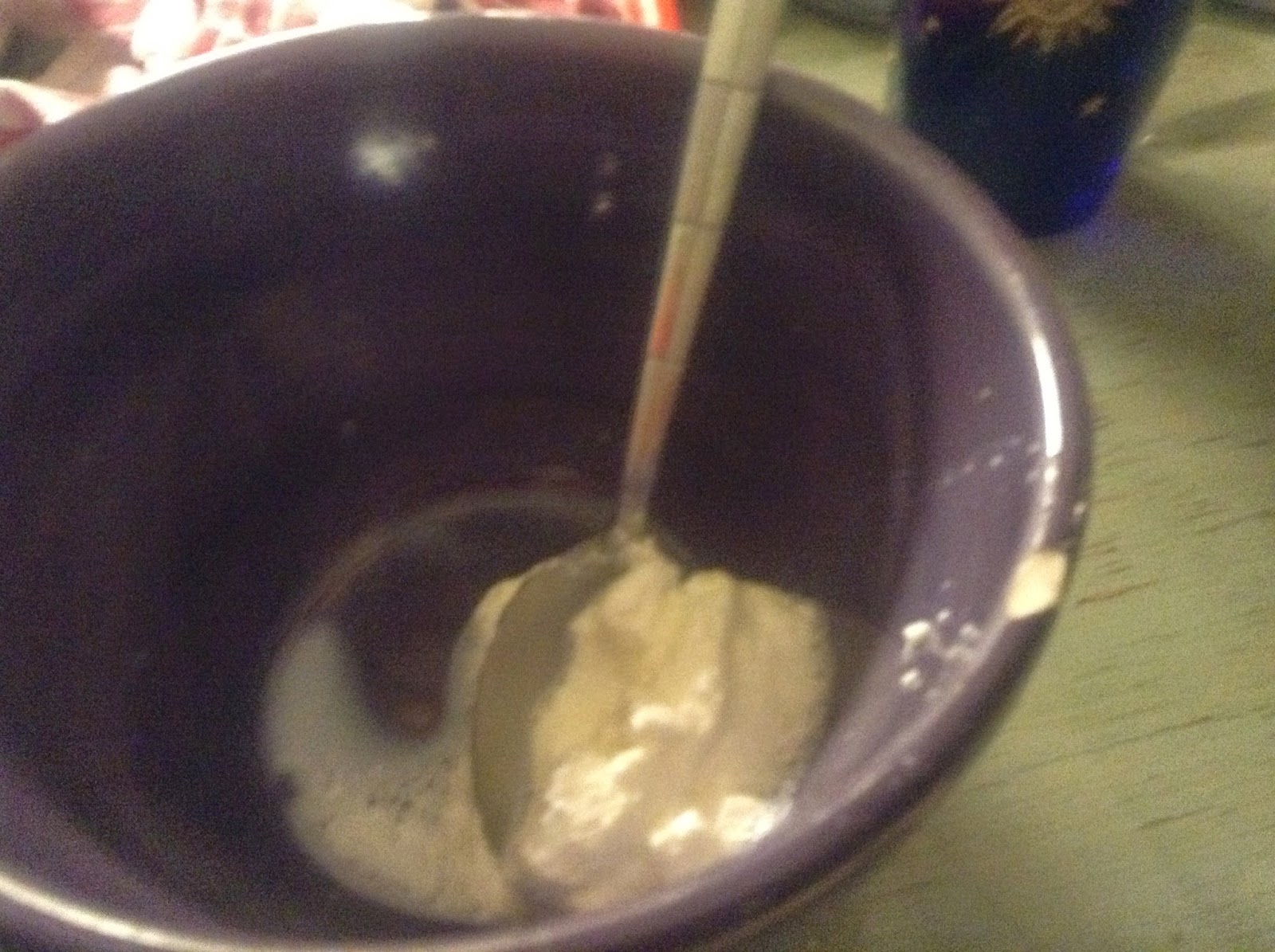 After the milk cools to 110 it's time to add the culture. I confess to not measuring, but to this batch I added 2 spoonfuls. I also sprinkled a tiny amount of natural sugar to feed the micro organisms.

Don't just drop cold yogurt in the pot, mix it in a small bowl with some of the 110 degree milk and mix it well in the small bowl....... 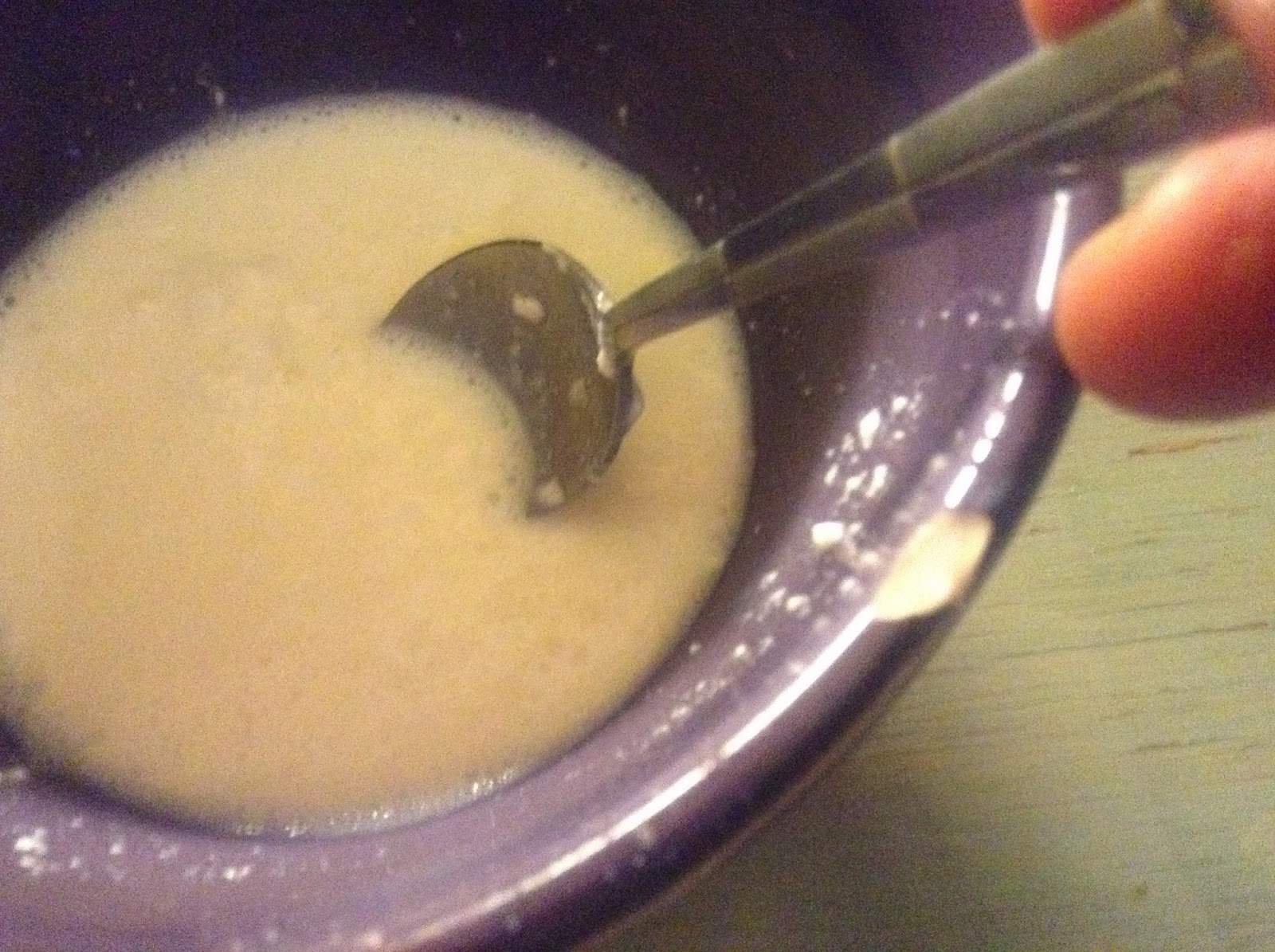 Then pour this into the crock pot (sorry I don't have a photo, I need a third arm) 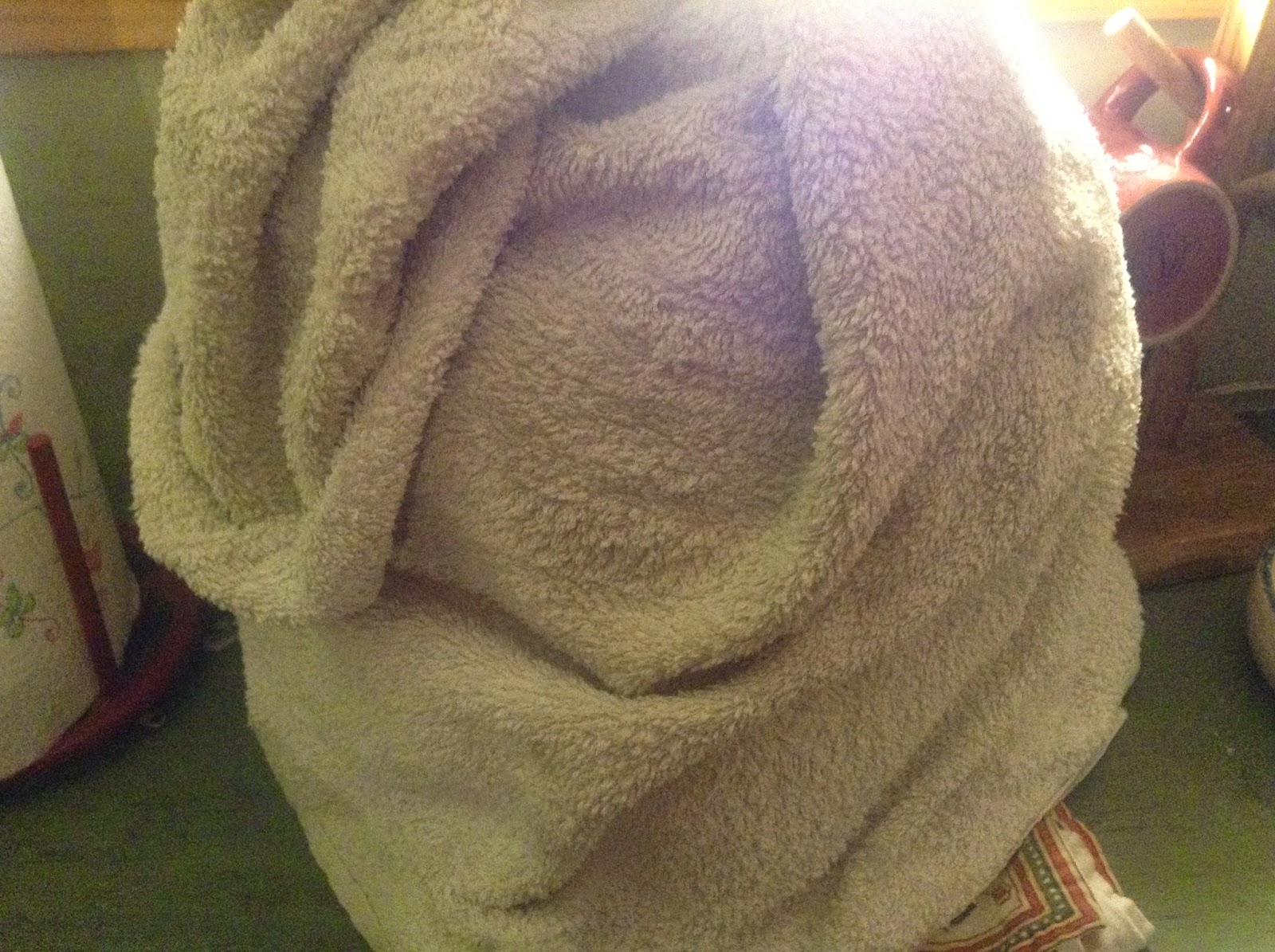 Quickly after the yogurt mixture has been added, cover the crock pot with the lid and wrap it all up in a heavy towel. You will be leaving this alone for 8 hours. DON'T MESS WITH IT!!!!!

don't move the pot at all, it will inhibit the growth. 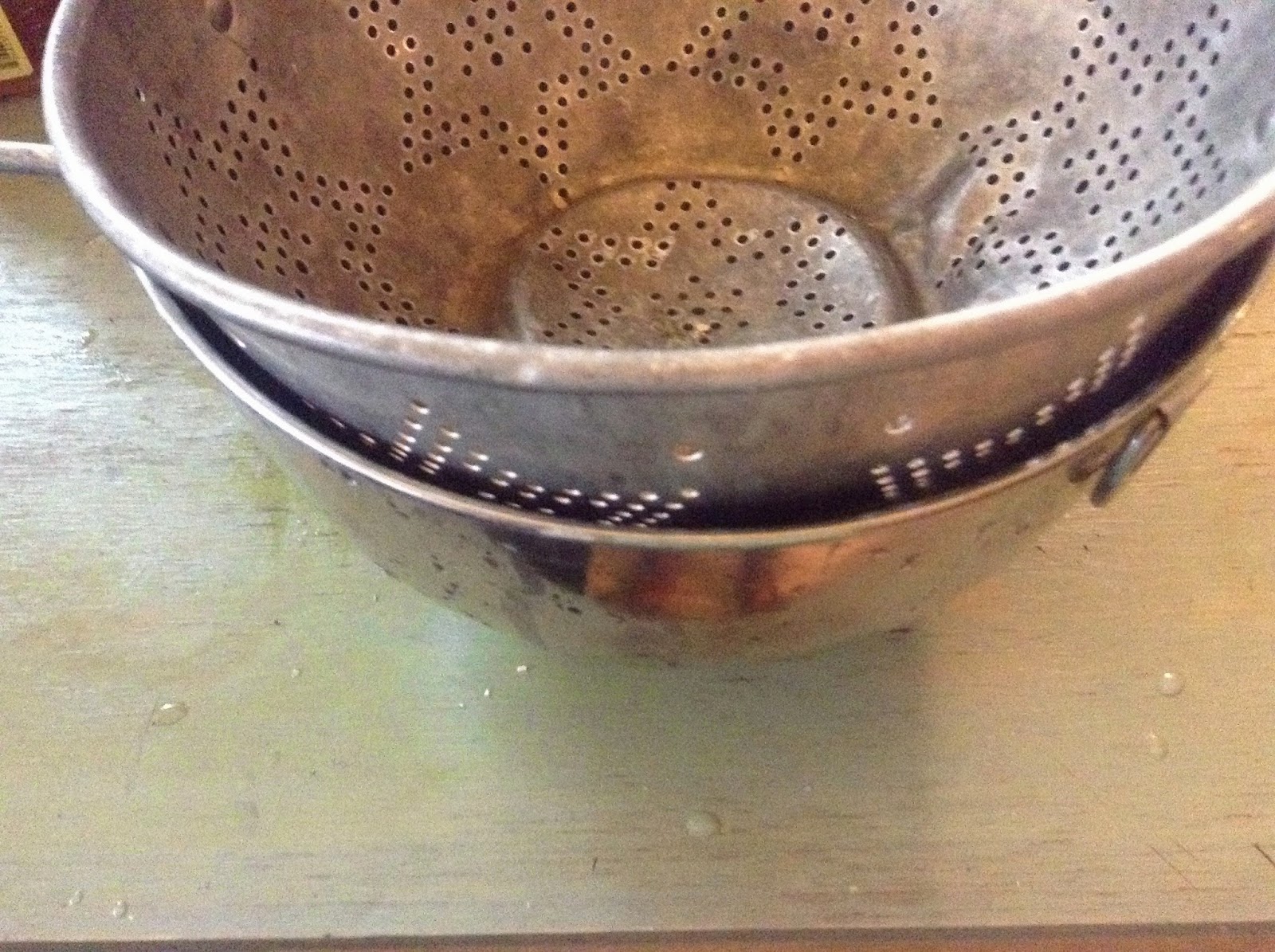 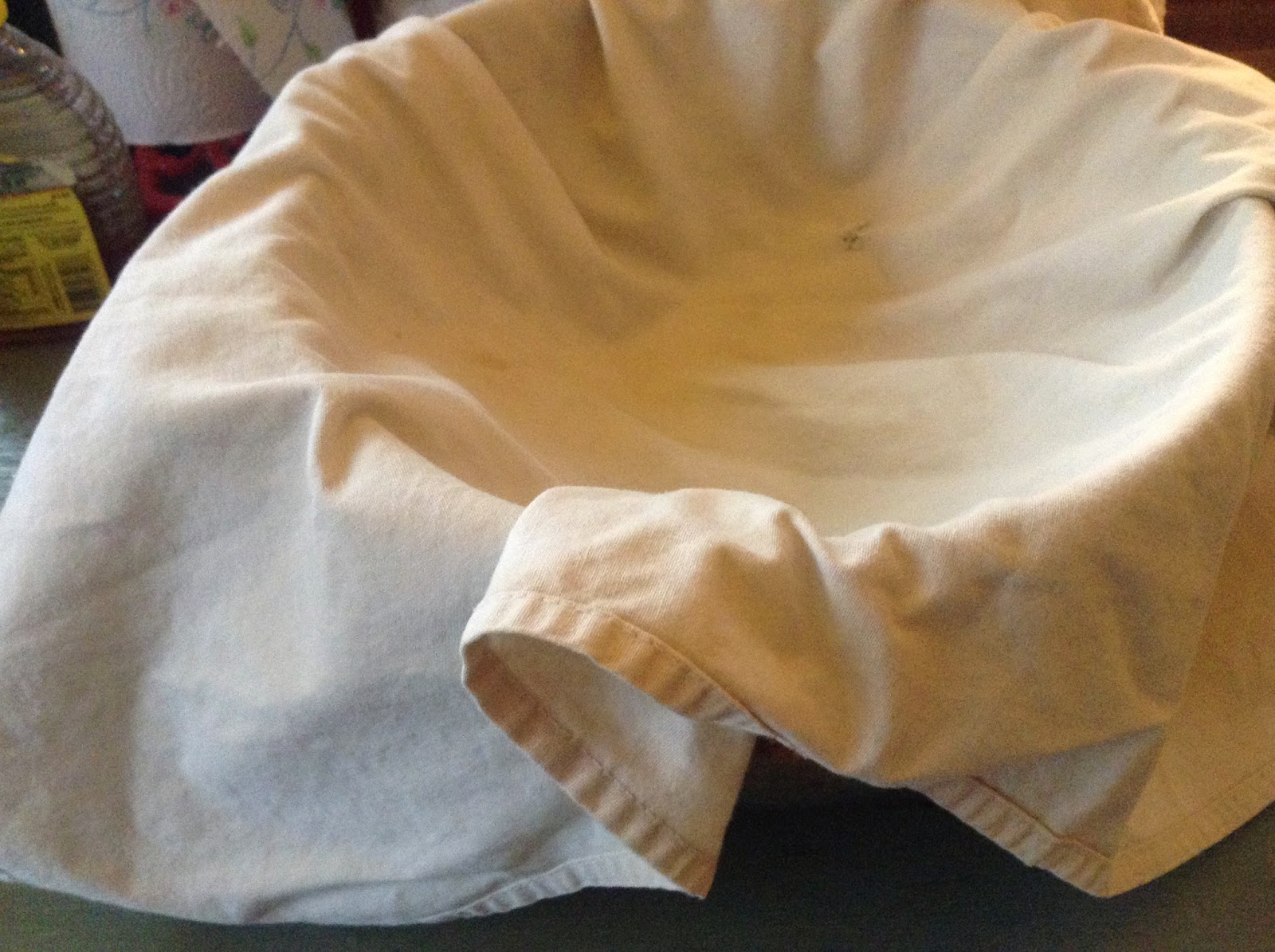 After 8 hours set up your staining gear.
Set a colander over a bowl. This will be catching the whey as it drains out of the yogurt.

Line the colander with a cloth. 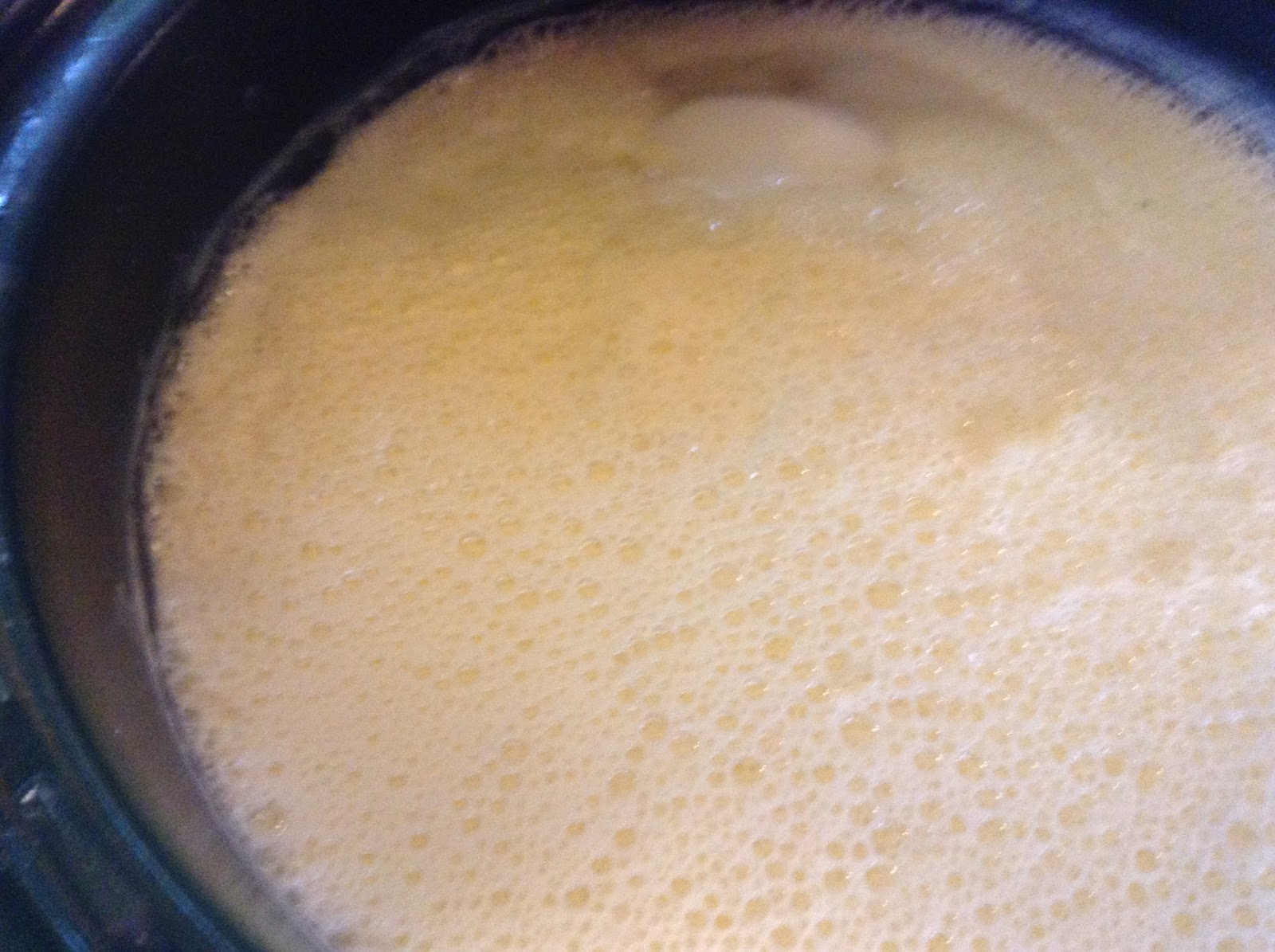 Spoon the yogurt into the colander, cover it with a plate and put it in the fridge to drain for a few hours.

The amount of time you choose to allow for draining will determine the consistency of your finished product. 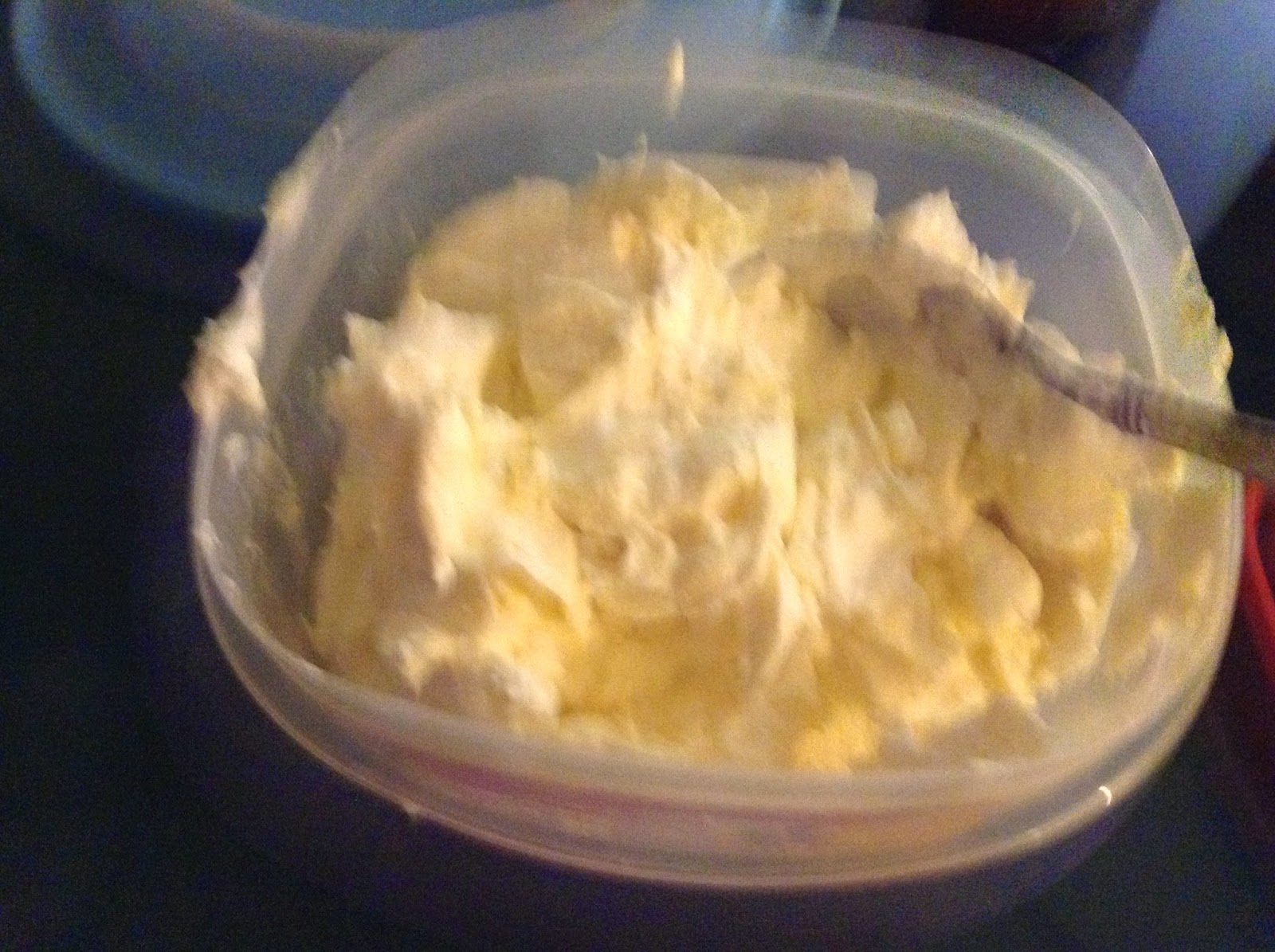 Many times I have to leave to run errands so my yogurt is really thick, but I love it like this especially for cooking with it.... 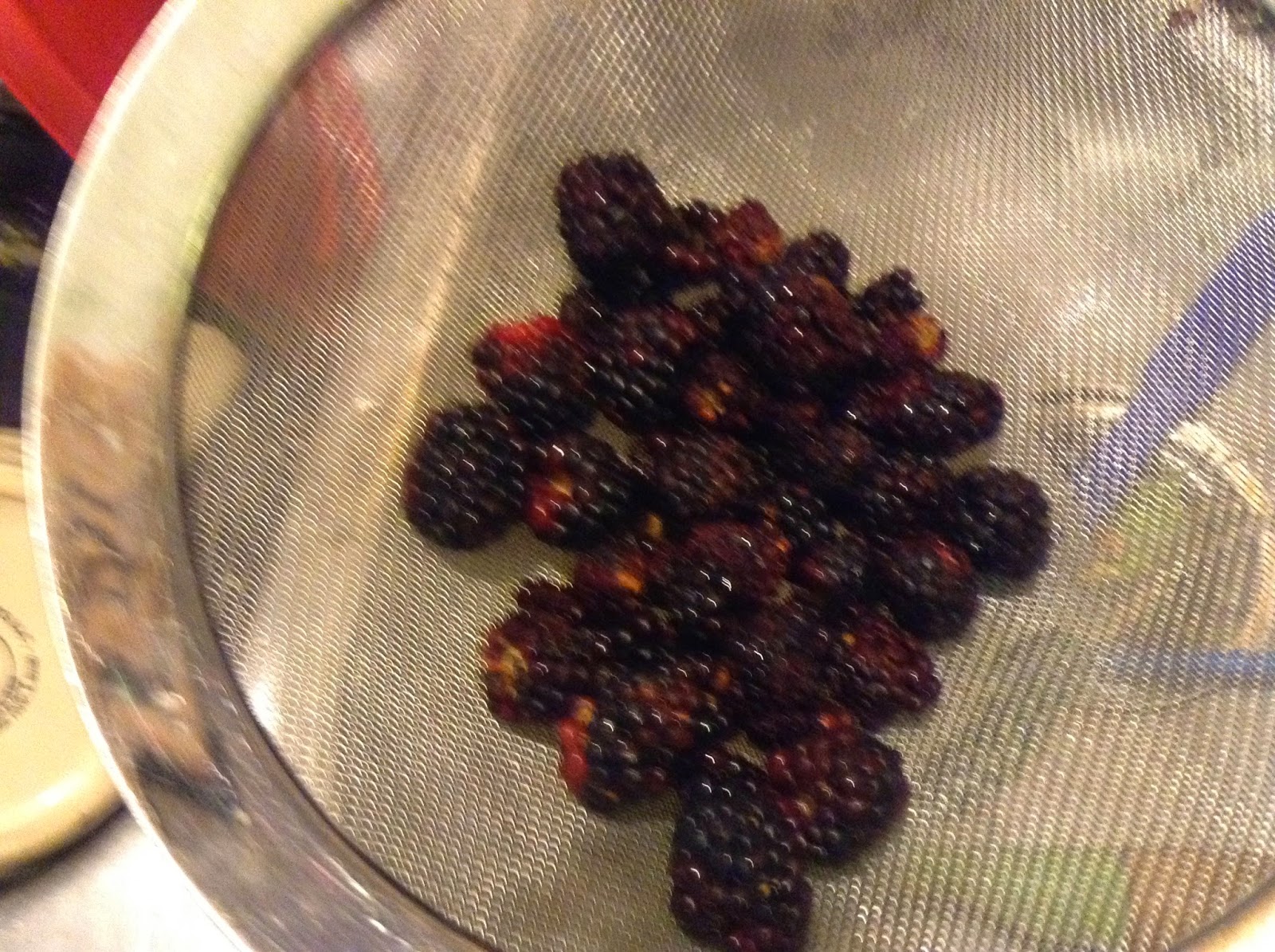 For this batch of yogurt I had black berries from the garden..... 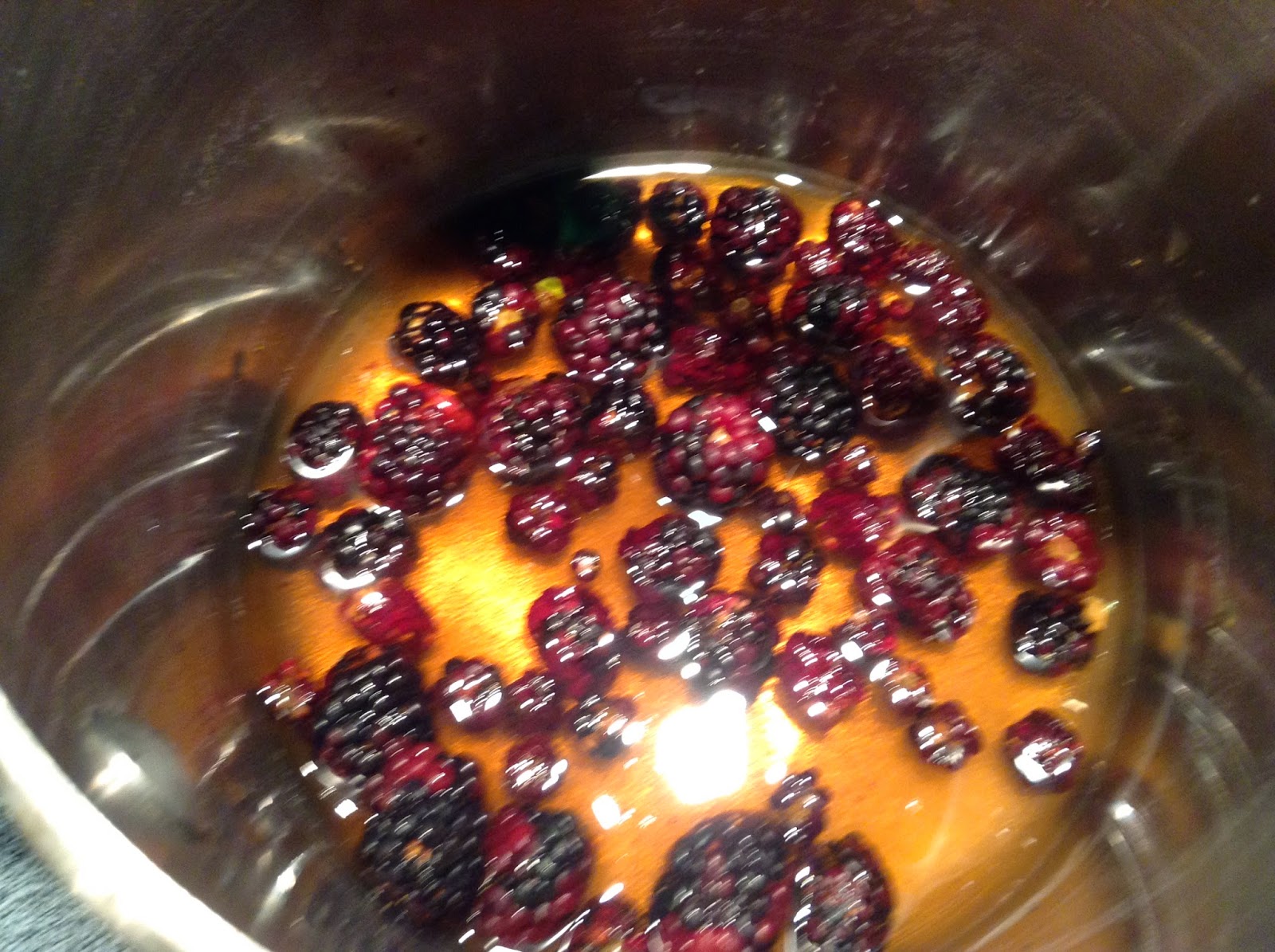 They were a little tart.. so I put a bit of raw sugar in a sauce pan with water and the berries and simmered it for a while. 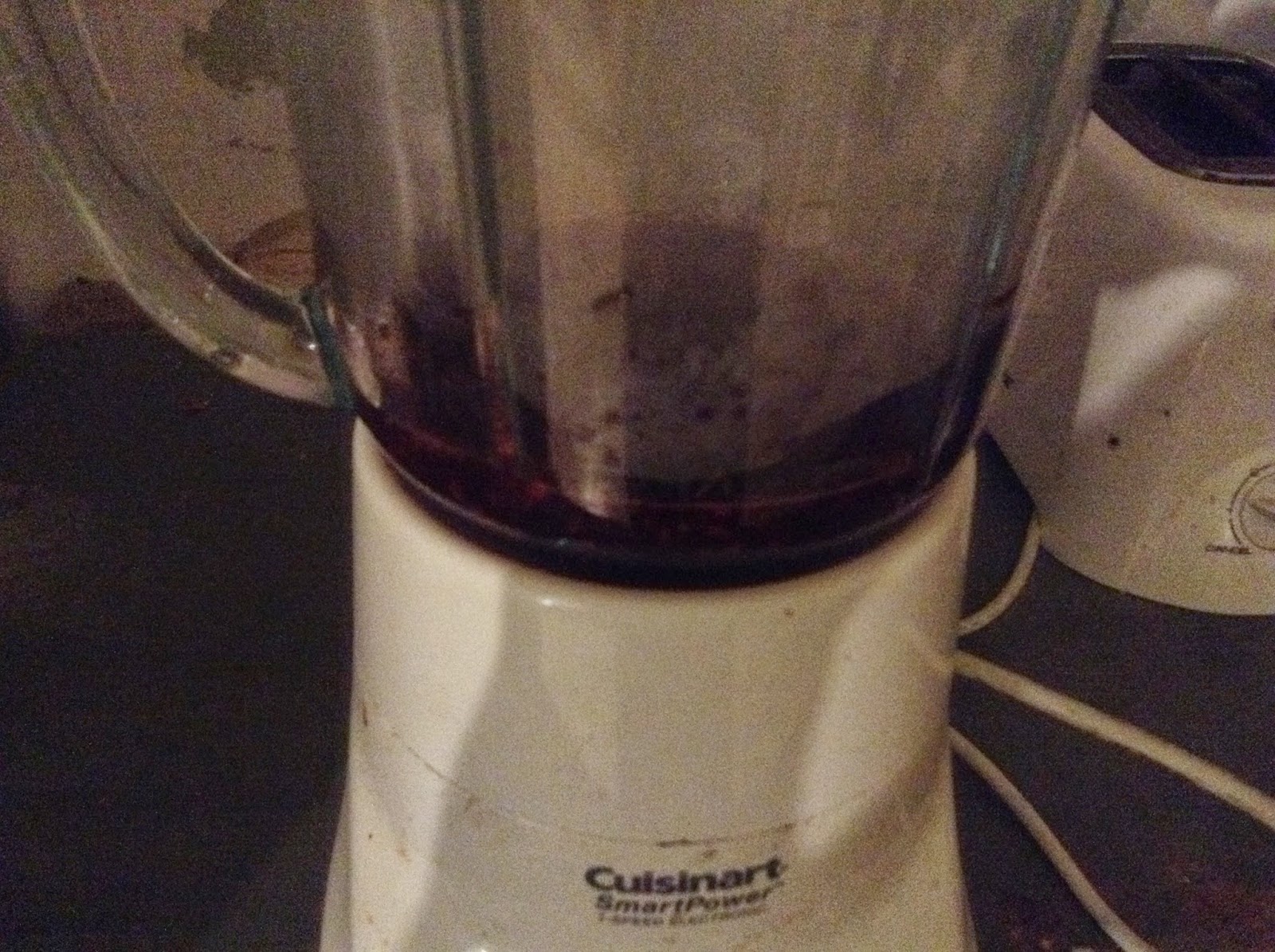 I put the mixture in the blender... 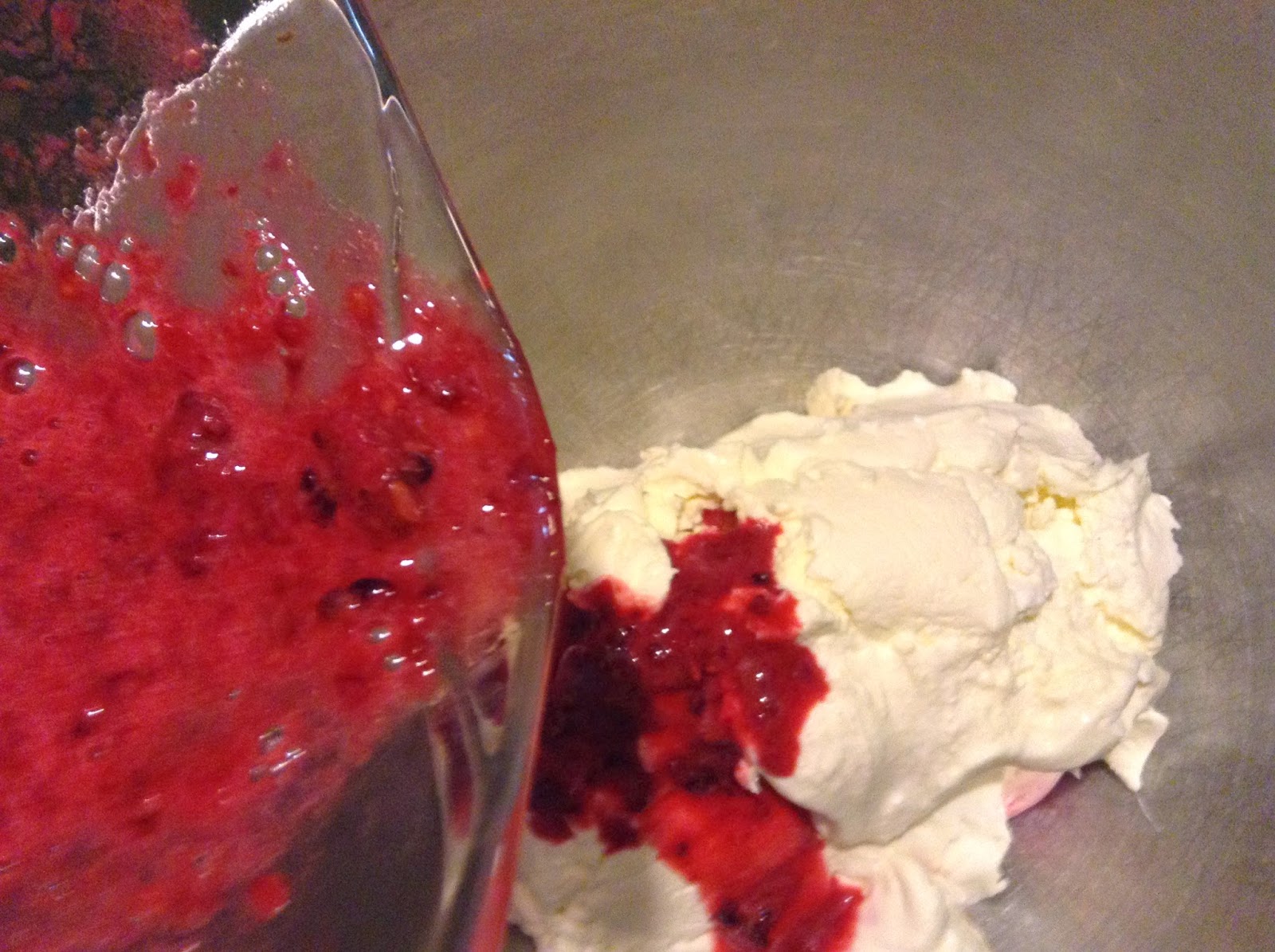 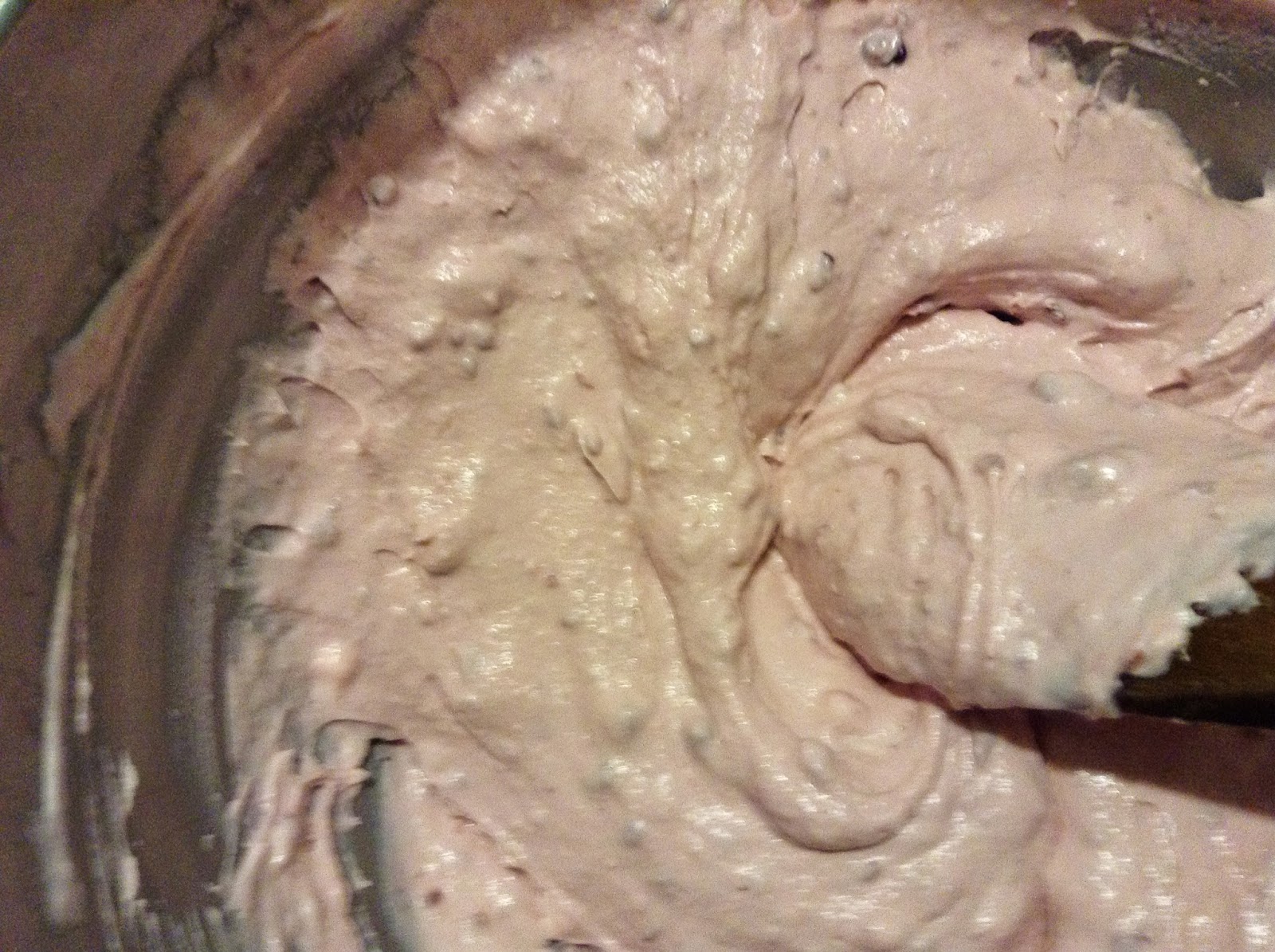 and added it to the yogurt. It was fantastic! It seems like more effort than it really was, or is to make. Well worth it believe me!
You can do this with store brought milk as well!
Let me know if you do and how it works out for you.
Good Luck