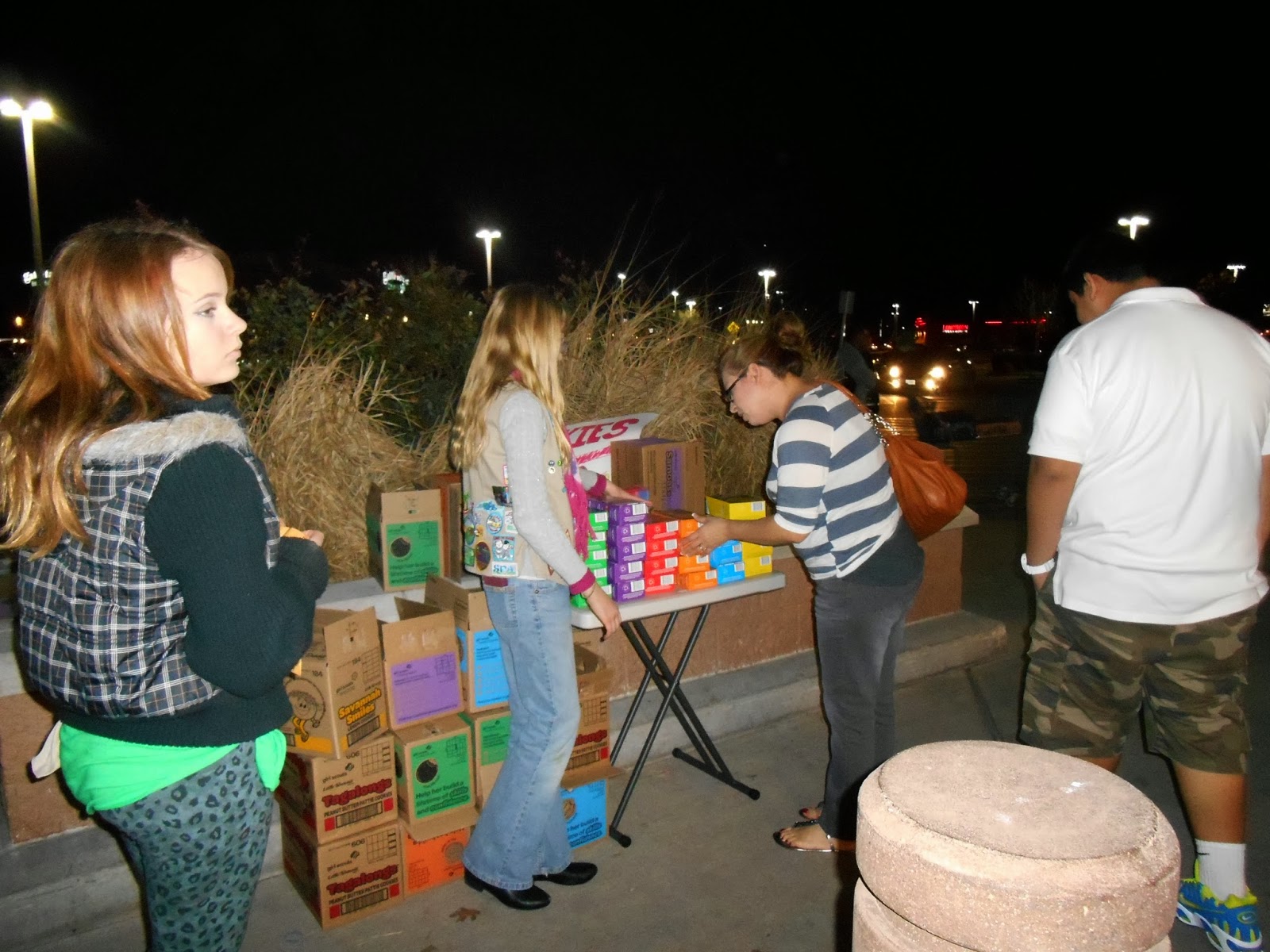 My daughter is a girl scout.

This is  her first year, well kind of the middle of the second year.

Any way, this is the first year we have taken part in the whole Girl Scout Cookie mania.

Last Saturday night we made the trek into Austin and set up outside Sams Club and began to ask
people  if they wanted to buy girl scout cookies.

As customers came out with their purchases the girls would smile and ask "would you like to buy some cookies?"  and 9 out of 10 people would stop and look and buy what they could.

Now, I don't know if you have ever been to Sams Club, or any sort of place like Sams Club, it's a place people go to save a little of money usually by buying large amounts of items, so customers coming out had already spent quite a bit....and here is what I want to say about the people going in and coming out....
Nice, hard working people.

I mean honestly these people were spending their Saturday night in Sam Club and still coming out
and taking the time to buy cookies from 2 young ladies asking them to spend more money!

I can be a cynical person but the whole experience was uplifting. For the most part we Americans are good
people, we will support causes, like girl scouts or what ever, and we don't have to. We do because we
either were a girl scout at one time, or know a girl scout or just want to promote young people taking part in wholesome activities.

The media can make it sound like we're going to H--- in a hand basket, but we aren't ... we the American people aren't, we're doing fine.... and we like cookies!