The End of Manhood

Last Monday  was a big day for Nemo...

He got neutered.. he was just impossible to house break, I mean he was even marking the food dish.. and worse of all he was marking Jasmine.
Which I have to admit I thought was hilarious..but it was also pretty gross, she was trotting inside with pee all over her.

I read that he would be better about marking after he was neutered.  Also really,.. what does a little guy like him need with testicles? Nothing that's what...

So I made him an appointment with Emancipet. A wonderful organization that picks up dogs and cats and takes them into Austin to be spayed or neutered and then brings them back to Dripping Springs..


Juliette and I took him bright and early last Monday morning.. and checked him in..


He was so happy to come home that evening.. he settled right down and got to chewing bones after dinner.. and he seemed like he was going to leave his stitches alone.. of course that didn't last long 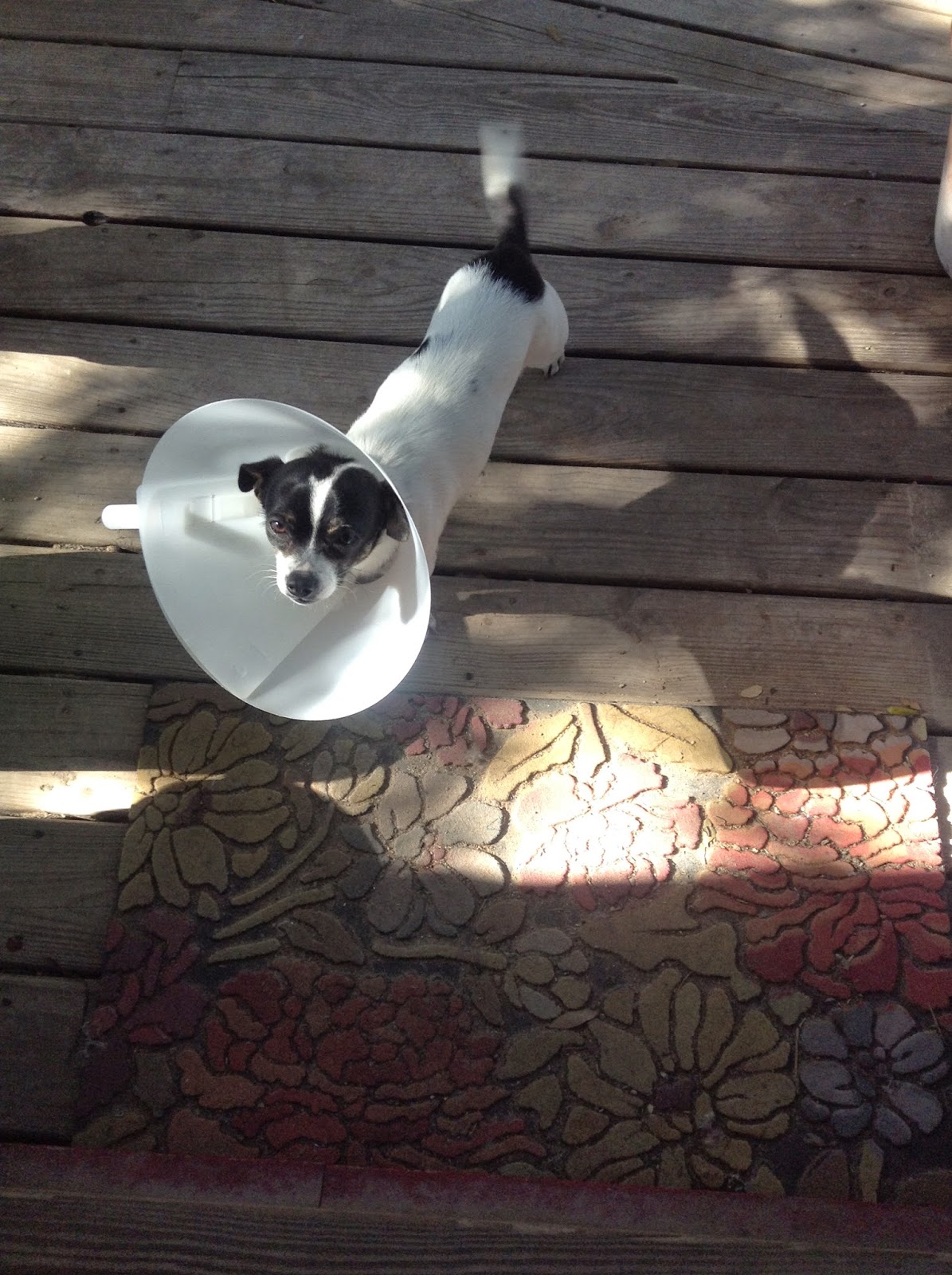 So... the next day he earned himself some time in the "cone of shame".. he wore it pretty much all the time.. but every once in a while I felt sorry for him and took it off. He seemed pretty good but  it became  obvious that unless I literally stared at him the entire time he was chewing on his sutures! Basically we were making hardly any progress with his recovery.

Then I saw this on the internet... A simple dish towel folded up and duct taped around his neck..

It works great! much better than the cone and he looks so dapper and well read.. don't you think?

And with the cold weather he's all bundled up and cozy!