This morning I got a text from my neighbor across the street.
"I'm going to burn brush today, dog inside, bring cows over to graze"

I briefly thought it was perhaps too breezy to burn, but I just answered  back.. "thanks" but I decided to keep my girls home today.
I can't explain why, I just felt like I should keep them in my yard today....

Around 11:00  I took my son to work and we saw a young man, who my neighbor had hired  pouring gasoline on a big pile of brush...

Now we've done cedar burns here and we never add fuel, and
always keep the pile small and add to it... fires can get out of hand fast.. 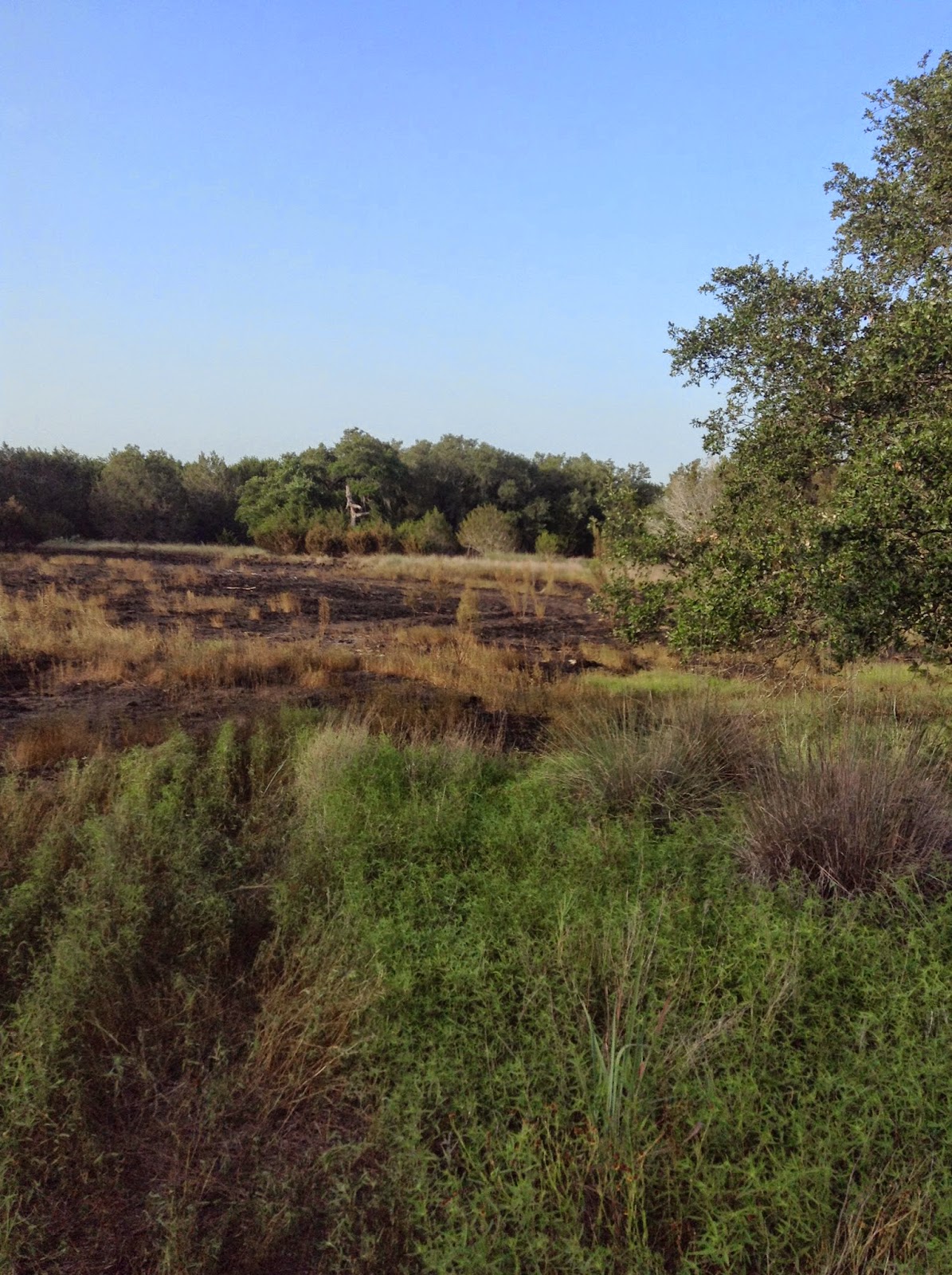 Any way we came home and all was well, Juliette even went across the street around 1 to check if the fire was out.. after the Bastrop fires a few years ago she has a very healthy respect for
summer and fire.


Around 3 Juliette and I headed out again to take a sandwich to my son, and as we headed out the gate I saw flames.I also noticed there wasn't anyone around....just fire and tall dry grass.

The burn pile had flared up due to the wind and it was spreading. 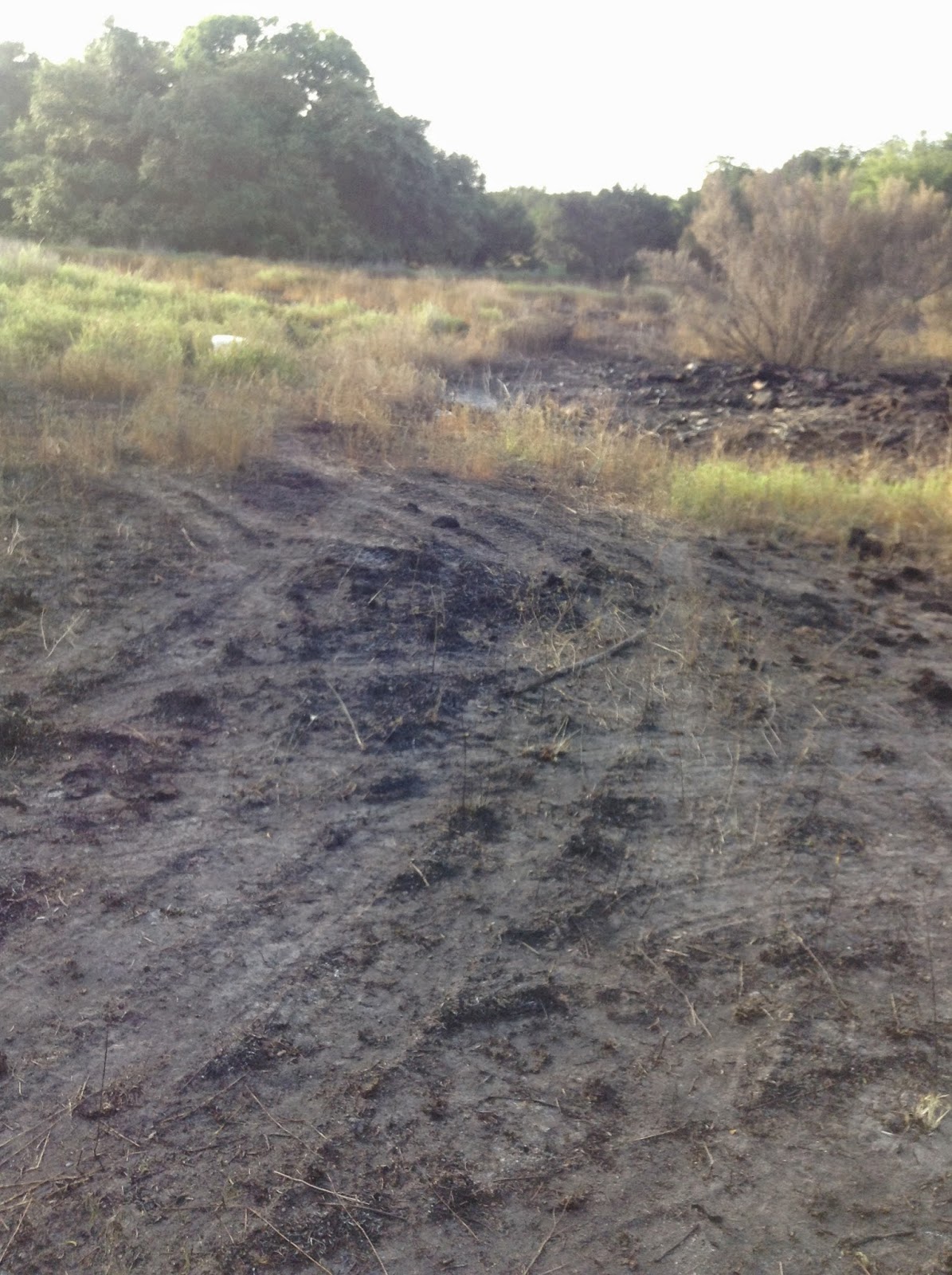 I called  911 and headed to the end of the road to flag the fire engines down as they came down the street. ( my son, who's a volunteer fire fighter has mentioned it helps to have someone flag them to where the fire is..)


It felt like forever waiting for the fire engines to arrive. When I had called, the fire was spreading in all directions, I had visions of it growing huge and where the hell was the fire department?!

Finally, finally I heard sirens, they appeared around the curve, I jumped up and down and waved my arms and they turned down my street to end of the road.

I jumped in my car and headed down too, I didn't see Juliette and the smoke was thick.. but then I saw her with my neighbor.

Our fire department uses a kind of pickup truck for grass fires.
They drive right into the fire basically and start to try to put it out.

I kept yelling about the oak trees that were being burned, then one of the guys who was managing the pump expained the way to fight a fire is to concentrate on the flames being blown by the wind.
Does that make sense? They were concentrating on just not letting the fire grow....

Eventually another truck showed up, so there were 3 fire trucks in all, they got it all out! It probably took about an hour. Not even smoke when they left....

Then they wanted to know who started the fire and I can't even
describe how happy I was to say "not me" ...

The whole event is a string of Thank Gods.
Thank God...
we left when we did
I didn't have my cows out grazing in her field
no one was hurt