Glad It's a Long Weekend! 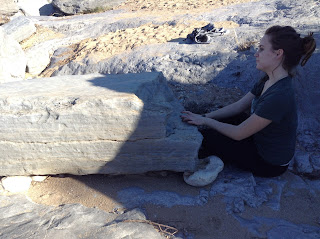 This year my daughter went to school.

That sounds unremarkable to most people, but it was huge for us. She had been home schooled up until this year.

She wanted to try high school, and we decided to let her....

Originally she tried a small charter school in Wimberley which I shall not name. It was the strangest experience we could have imagined...she ended up  being bullied by a transgender girl who wished she were a boy, and I think she/he... I don't know what to refer to this child as, was very angry and took it out on my daughter. So... we left.

We left a month before the end of the fall semester so my daughter had to really scramble to get caught up for the impending midterms at the new school, since apparently each school may cover the same material but not in the same order...and she was thrown into a sea of confusion...but she worked really hard and did it!

Now my daughter goes to our local public high school... and she isn't really having a great time...she's having
the "traditional school experience."  The experience of no choice, no time, exhaustion and boredom... she told me her vocabulary has gone down because she has no time to read!

More than anything she is experiencing what "mandatory attendance" really means.. and it's hard for us both to accept.. but, like I told her initially, we have to go by the rules, it's their game..

All that being said, this is a 3 day weekend! and we are both so looking forward to it. We havent scheduled anything, so we have the glorious freedom to choose what to do without any obligation....and the weather looks to be beautiful.
Today I'm so grateful to have a healthy beautiful daughter who is going to be home with me all the weekend!